During the Cold War, many powerful, interesting, and strange weapons appeared in the world. The military industries of both the United States and Russia were working day and night improving their equipment, developing new weapons, and producing them in sufficient quantity. One of the aircraft that stood out during this period was the Tu-160 Blackjack. The specific Russian military airplane was a strategic bomber that concerned the US for many reasons. That probably happened because the Blackjack was the largest military aircraft ever built. Today, the Tu-160 remains the biggest variable-sweep wing military aircraft and the heaviest combat aircraft in history. 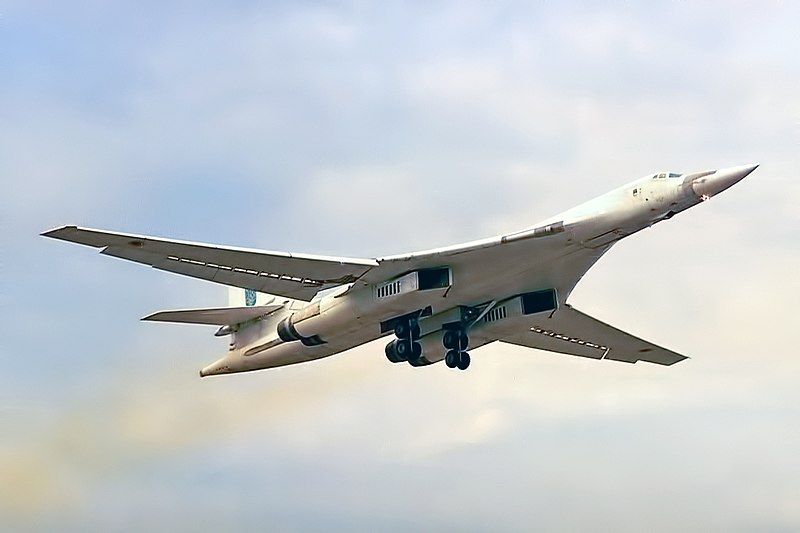 The Tu-160 was a great success for the Russian Air Force, as the strategic bomber was everything they needed. The aircraft could reach almost Mach 9 speeds, it had a range of 7,650 miles, and featured the most powerful and large engine of any combat aircraft, the NK-32. In total, 35 Blackjacks were but only 16 were fully operational as of 2020. The production of Tu-160s started in the late '80s but in 1992, President Yeltsin paused it.

Although the aircraft was exceptional for its kind, its cost was impressively high. Plus, the Soviet Union Disillusion and the end of the Cold War meant that Russia probably wouldn't need many strategic bombers any time soon. That's why the production was on pause until now.

So, in 2016 Russia ordered four new engines for its 16 operational bombers. The new engines were the NK-32-02 and aimed to improve the performance of the aircraft. After the test flight of the engine was successful, the new plan included that every one of the 16 bombers would get a new engine. The variant of the aircraft that featured the newer KN-32-02 engine was the Tu-150M.

Additionally, in 2015, the Defense Ministry of Russia also requested the construction of a whole new variant of the Tu-160. The new version of the aircraft is the Tu-160M2 and features a more powerful engine, more advanced systems (such as radar), and more modern avionics than the original Blackjack. In 2018, Russia ordered 10 of these aircraft at a cost per unit of almost $1.5 billion, according to Military Today.

Reports state that almost 80% of the parts of the new bombers are better compared to the first variant. Russian officials also stated that the newer bomber can carry a variety of modern weapons, missiles, and equipment.

On January 2, 2022, the Tu-160M2 made its first flight at an altitude of 600 meters for almost half an hour. Pilots tested the agility and stability of the bomber with great success. We should also mention the US aviation Week Network page listed Tu-160(M2) as the most dangerous Russian military aircraft ever created.

This Is What Makes The Lotus Emira First Edition So Special

The Most Incredible Car We Found In El Chapo’s Collection

The Rolls-Royce 103EX Is An Enthralling Peek Into 2035

Here’s Why Stellantis Is The King Of Modern Muscle Cars