Since the inception of the automobile, there has always been a select group of individuals obsessed with taking their vehicle to the limit of its capabilities. For better or for worse, these individuals are responsible for the creation of the tuner community, one of car culture's most-hallowed subgenre.

For decades, Mercedes-Benz (MB) was known for one thing: building luxury vehicles. Notably, for 40 years, MB had cornered the market for the European land-yacht, without so much as releasing a performance oriented vehicle. But after watching its closest competitors begin to dominate motorsport, AMG was formed in 1967. However, other than offering unofficial upgrades, AMG wasn't a Daimler AG subsidiary until 1990, and wouldn't release a production-ready car until 1993. This left Benz's racing fans clamoring for a super saloon like the AMG Red Sow.

Luckily, in 1977, the son of a Mercedes-Benz dealership owner had just formed a GmbH, or limited-liability company, aimed at turning these luxurious cars into autobahn capable vehicles. This is a brief history of Brabus. 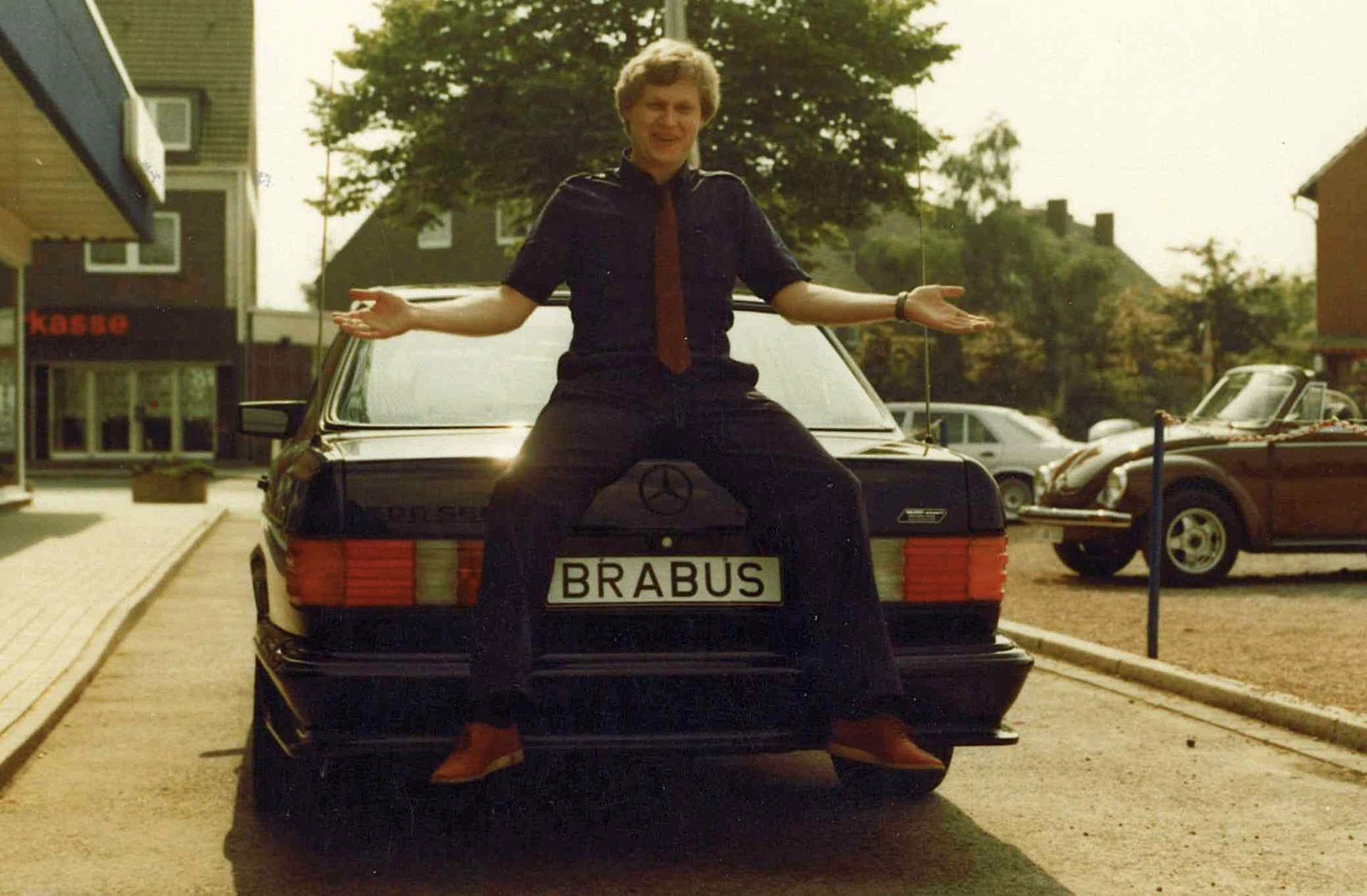 Legend has it that during the late '70s, Bodo Buschmann, a West-German university student and son of a Mercedes-Benz dealer, was known around the small town of Bottrop for his tuned Porsche 911. The same 911 that would often find itself parked next to his father's company Mercedes car. Naturally, this infuriated Buschmann's father, and he demanded that if his son were to park at the dealership, it would have to be a Benz.

Now of course Buschmann was torn. His love for fast, well-handling cars wasn't what MB was known for the past 50 years, but like any good son, he gave in and traded in the 911 for the newly-minted W116 S-Class.

But Buschmann had a little trick up his sleeve. Soon after acquiring the heavy sedan, he intended to create a super saloon capable of smashing his old Porsche 911, and before long his W116 from hell was the talk of the town.

After his father began letting him tune some of the customer's cars, Buschmann had the brilliant idea to build a company based solely on tuning Mercedes-Benz's. After convincing his university mate to co-sign for the limited-liability company in 1977, Brabus GmbH was born.

Related: 10 Best And Craziest Brabus Mercedes-Benz Cars Ever Made

Soon after the formation of the company, Buschmann's partner would sell his 50 percent stake, giving Buschmann full reign to build the company as he saw fit. With the help of his father, who generously shared half of the dealership's lot with his tuning facility, Buschmann and his stable of super-saloons would soon receive world-wide success as the premier tuner of Mercedes-Benz's.

After pushing the boundaries of the four-door sedan, Buschmann set his sights on the smaller W201 chassis, more specifically the 190E. After swapping the S-Class' V8 into the light coupe frame, the 190E was now capable of 276 horsepower. Making it quicker than the Cosworth 2.3-16, otherwise known as MB's rally homologation vehicle.

The company was given an injection of major capital, in 1984, after car-rental company, Sixt, took delivery of 200 Brabus-tuned 190Es; a deal that was unthinkable at the time. This exponential growth allowed Buschmann to build a new facility in 1986, located in Kirchhellener Straße, directly off the Autobahn.

By the time the early '90s came around, it was evident that Mercedes-Benz was smitten with AMG, as the company's ideologies more closely aligned with that of MB's. It came as no surprise to Buschmann when in 1999, AMG was officially acquired by Daimler AG.

Seeing this only as an opportunity, Buschmann quickly sealed a partnership with Bugatti. In 1994, they would join forces to develop the Bugatti EB110 SS. But after Bugatti's merger with Volkswagen in 1998, the partnership had ceased to exist, once again leaving Brabus to tune as they see fit. By 1999, Brabus and their 1.2 million square foot facility, now known as the world's largest tuner, would add Startech to its expanding list of subsidiaries.

Always the innovator, Buschmann would begin to shift his focus away from dedicated sports cars, to the refining of his favorite commuter car, the Smart ForTwo. This endeavor would prove fruitful after Daimler AG and Brabus jointly produced Smart-Brabus; a company that focuses on modifying, tuning, and customizing Smart cars.

Over the years, Brabus would expand to every facet of motorsport including: yachting, motorcycles, classic car restoration, and even aviation. Boasting five factories on their complex, each one is dedicated to a certain part of the vehicle. Because they are a technically a car manufacturer, it is quickly forgotten that Brabus still builds everything by hand. Something it has remained true to since the inception.

Bodo Buschmann would unfortunately pass away in 2018, at the young age of 62, 40 years after he began Brabus. Forever immortalized by his words, "never work for money, work for passion" Buschmann single-handedly helped transform the tuning market into what is it today. His son Constantine is now the CEO of Brabus; fortunately, he always had the access to the world's fastest Mercedes-Benz, something his father made possible.

Built For Royals: This Is How Much A 1972 Mercedes 600 Pullman Costs Today

This Is The Most Gorgeous Car In Joe Biden’s Collection

Everything To Know About The 2022 Indian FTR Championship Edition

Why The New 2023 Acura Integra Doesn’t Exceed Our Expectations

Catch A Movie With BMW In Their All-Electric BMW i7

Someone Rebuilt The World's Longest Car