Chances are, you have already seen some Brabus builds on social media. However, if you are unfamiliar with Brabus and what they do, they are a German automotive company that is well known for their specialty in aftermarket modifications to high-class production vehicles. "Each vehicle is a unique composition. Dynamics, elegance, and performance form a perfect unit," says Brabus. This is how the company came about their fleet of custom vehicles that has proven to be highly desirable, unique, and capable. Also, the company has several of their builds for sale on their website.

There's no question that BRABUS can make some cool cars, but of all their creations, we consider one has the stand-out, most insane build; it's the Mercedes 900PS G65. The vehicle was first presented in 2019 at the Frankfurt Auto show, and it didn't leave anyone disappointed. This particular unit is one of 10 produced in total, on a Mercedes G65 shell, otherwise known as the G-Wagon.

There are various reasons why we consider the Mercedes 900PS G65 as Brabus' most insane build, and we've highlighted a few here.

The Most Insane Brabus Build: The Mercedes 900PS G65 Has A Murdered Out Styling

The most distinguishable part of a BRABUS custom vehicle has to be the effort that goes into its styling. All of their signature vehicles are beautifully crafted, providing plenty of aesthetic pleasure for the consumer, and this was no exception for the fast SUV. The 900 PS G65 was based on the Mercedes G-Wagon platform. Already looking beautiful from Mercedes, Brabus then made modifications to meet their standards, resulting in what is the Brabus 900PS G65.

The 900PS G65 Offroader featured subtle LEDs on the roof of the car and the grill, featuring an aerodynamic widebody kit that the regular G-Wagon didn't feature - not to mention all the Brabus branding that's scattered on it. This edition came with larger 23-inch wheels that gave it a sportier look.

The interior wasn't lacking in any aspect, as it featured the classically luxurious Mercedes interior. The Brabus rendition left the G65 with beautifully contrasting leather, though this wasn't the only change done. Brabus ditched the traditional G-Wagon bench seat and swapped in two individual seats in the rear.

It is clear to see what Brabus has done to the vehicle, by going above and beyond with the styling of this vehicle. What made this 900PS G65 even better was the performance to back up that aggressive look. Impressively enough, the G65 still featured a super aesthetically pleasing engine bay, which featured carbon fiber engine covers to cover the massive V12 engine.

RELATED: This Is What Makes The Mercedes G Wagon Worth Over $150,000

What makes the 900PS G65 Offroader the most insane Brabus build ever is the power that the car was able to produce. There is no question that every aspect of this power plant is awesome. What differentiated this Brabus engine and the one from Mercedes was the larger displacement and greater power.

This SUV was powered by a Mercedes twin-turbo V12 and was able to produce a large 900 horsepower and 1,106 lb-ft of torque. The originally 6.0L engine had been bored to 6.3L, with upgraded internal engine components.

The large SUV was able to achieve a 0 to 60 mph time in a whopping 3.8 seconds, which is incredibly fast, and slightly faster than the Mercedes-AMG GT sports car. The car's top speed was increased from 143mph to 168mph and considering the SUV weighed in at a little over 5700lbs, it made for a highly stable yet versatile vehicle.

RELATED: Here’s Why The Mercedes-Benz G-Wagon Is The Most Badass Luxury SUV

The Other BRABUS Projects 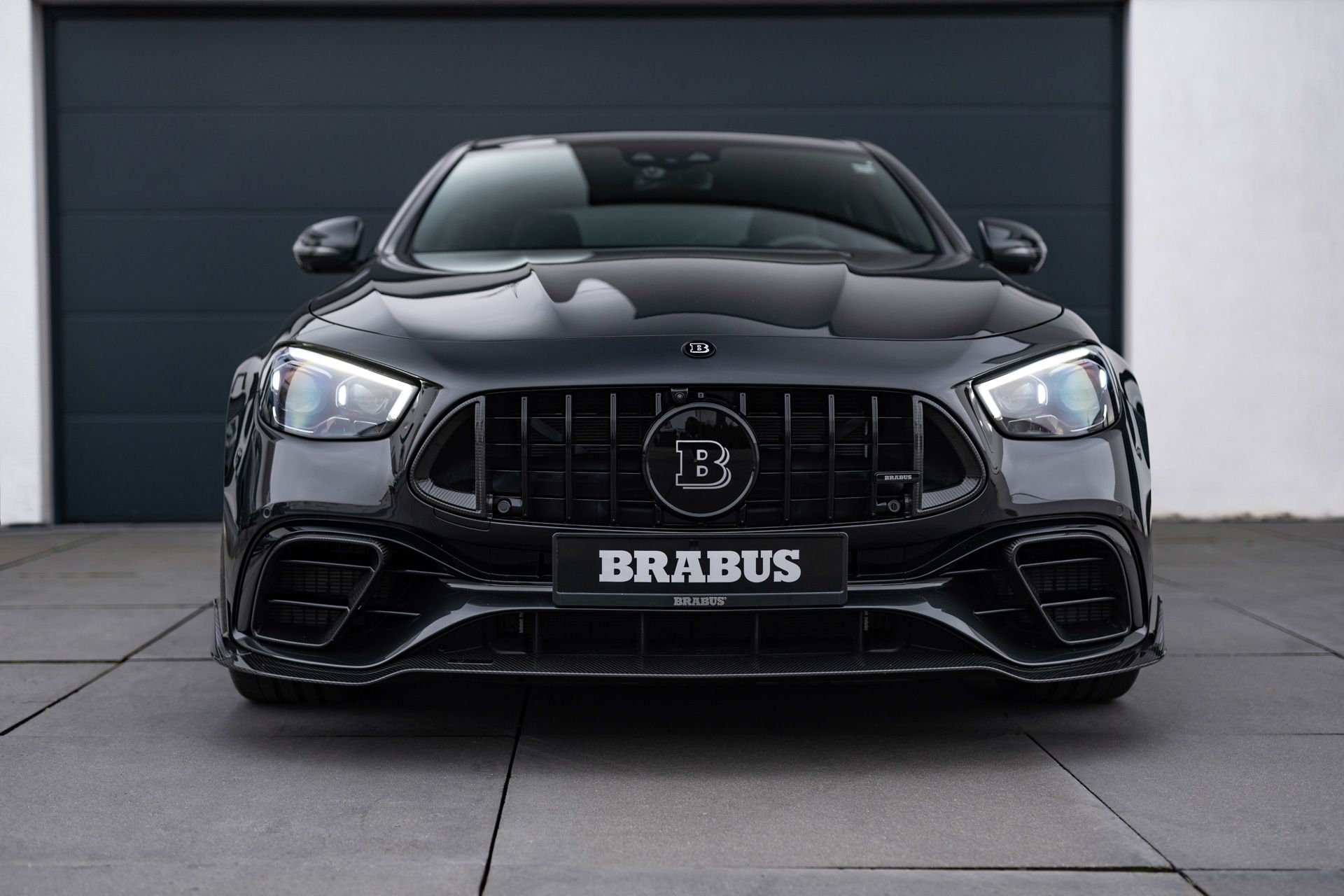 Brabus is well known for their custom vehicles, though the level of "custom" was probably different from what you were thinking of. They are no strangers to customizing cars, as they made limited production runs before. These cars come in an array of shapes and sizes, that are suitable for all interests.

One of their creations was on a Mercedes 6x6 G-Wagon platform, which is impressive in itself, that proved to be an off-road beast. With modifications to the engine, lighting system, and much more, the Brabus 6x6 G-Wagon is easily one of their most recognizable vehicles.

Another honorable mention was the Brabus Mercedes-AMG E63, much newer in comparison to when the G65 was produced, as it's being displayed as their most recent project. Sharing the same engine as the 900PS G65, the E63 makes for an extremely fast sedan. The Brabus E63 is able to achieve 0 to 60 in 3.3 seconds, which is supercar status.

These both featured many stylistic characteristics notable to the Brabus brand, which included subtle logos and branding throughout the car. Despite all these cool builds, and we are by no means discrediting them, there seems to be one that remains the most insane that Brabus has ever produced -- the 1 of 10, Mercedes 900PS G65.

Based in the East Coast, Joshua Ko is an automotive writer. Graduating from The Pennsylvania State University, he spends most of his free time outdoors, writing, or in the garage. He has a few years of writing experience and plenty of automotive experience. He prefers German vehicles but loves anything with wheels!

Not For The Faint-Hearted: Lamborghini Diablo Gets $15k Exhaust

The Best Features Of SpeedKore’s 1970 Dodge Charger: The Tantrum

Why The Volvo P1800 Is A Design Masterstroke