McLaren is known for producing some of the fastest and most powerful cars in existence. The company has been around since the 1960s and has consistently improved on the quality of its cars through research and experimentation. Some of McLaren's most revered supercars include the 720S and the 570S, but now there’s a new kid on the block. Enter the McLaren Artura.

The McLaren Artura was originally slated for release in the third quarter of 2021. However, due to that awful microchip shortage that was experienced during the pandemic, it has been announced that the eagerly anticipated sports car will be released in July 2022. There is so much to be excited about regarding the Artura. Of course, it’s a new production McLaren, so that in itself is extremely exciting. Besides that, the Artura is McLaren’s very first hybrid series production car.

Due to the fanfare surrounding this upcoming supercar, we've decided to take a look at what’s currently known about it, while we also determine what we believe is the coolest feature on the sports car.

The Coolest Feature On The McLaren Artura Is Its Lightweight Design 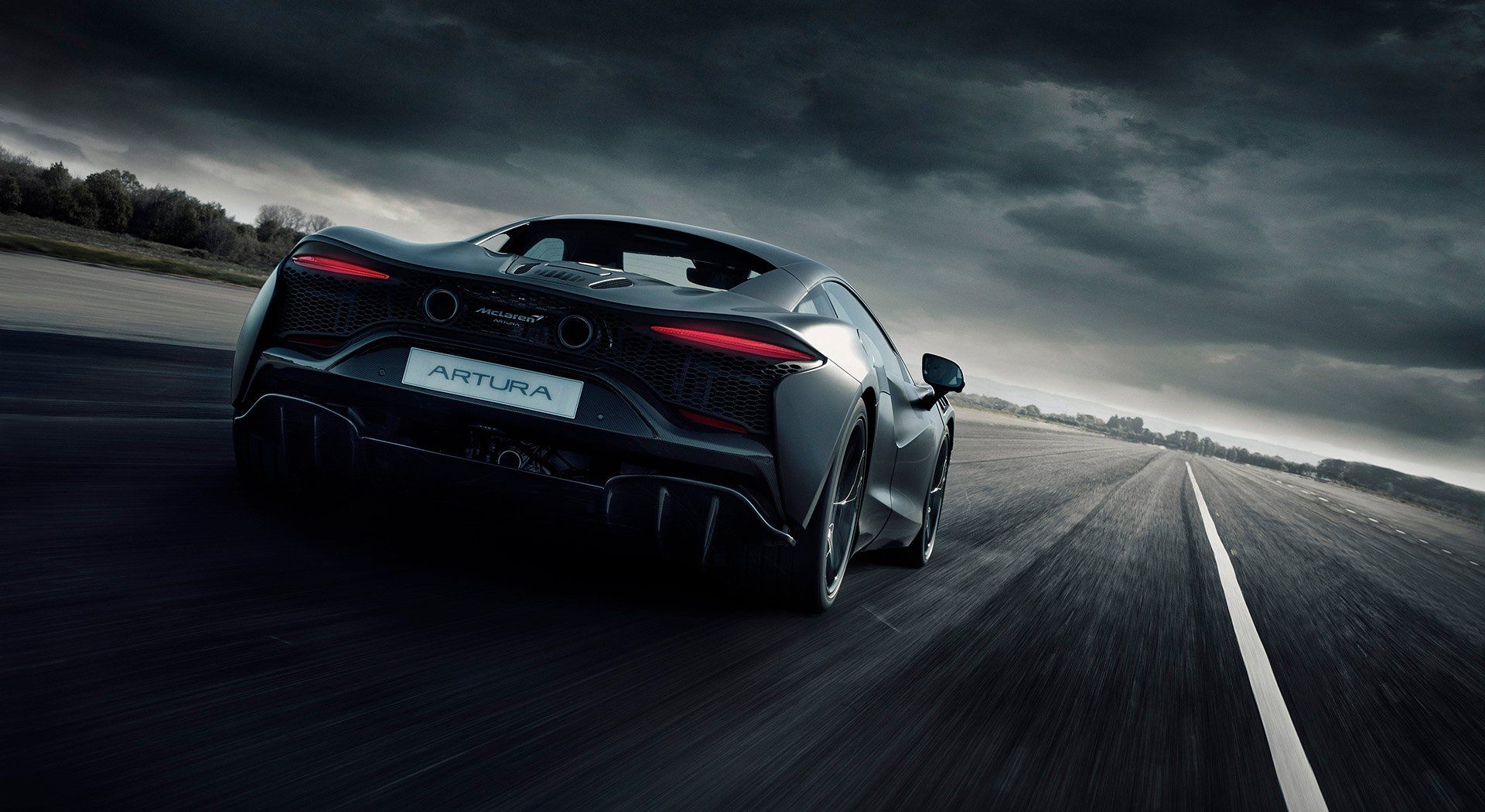 When it comes to supercars, one of the most important hacks used to increase performance is to design them to be as light as possible. This allows for a powerful engine to truly shine as it’s not being held down by a super heavy body. McLaren understands this theory better than most, and it was adopted in building the brand new Artura.

McLaren is calling this “an all-new era” for automotive design. First, the Artura is built using the brand-new McLaren Carbon Fiber Lightweight Architecture (MCLA). This uses four new types of carbon fiber as well as an all-new resin system. The MCLA allows for many new design features, but ultimately, it helps in the company’s pursuit of producing light cars that have great aerodynamic efficiency.

One thing that almost always sets McLaren apart from other supercar makers is its use of subtlety. This can be seen with the design of the new Artura, but as usual, McLaren mixes in its personal touch to make the Artura a true part of its lineup.

Due to how the McLaren Artura is designed, potential buyers can expect a ride that is not only lightning-fast, but also one that is super smooth and great at handling those steep curves. The sight of this car leaves a mark on people, and we can’t wait to see them been driven on the streets, while they make heads turn.

The design is cool, but what else makes the new McLaren Artura truly special?

The McLaren Artura's Powertrain Is Out Of This World

According to Car and Driver, the upcoming McLaren Artura is powered by a hybrid twin-turbo V6 that has a combined output of 671 horsepower. The torque on this car is rated at 531 lb-ft, which is pretty impressive. The gas engine is also paired with an electric motor, and the transmission is an 8-speed dual-clutch automatic. McLaren’s brand-new Artura has a 7.4-kWh lithium-ion battery pack that can be found in the rear section under the car’s cabin.

According to McLaren, this powertrain will equal what it termed the medium range of all-electric use.

Saying a McLaren is fast is like saying the street is wet during a rain. Every McLaren is fast, but this one accomplishes that while also being their first production hybrid plug-in. This is a big deal as the automotive industry continues to embrace the use of electric technology for supercars. Seeing a company like McLaren design what it's calling the next step in automotive technology will hopefully serve as an example of what’s possible for automakers.

This one can accelerate from rest to 62 mph in less than 3 seconds. It can accelerate to 124 mph in just 8.3 seconds. These feats make the Artura faster than the Maserati MC20, according to mclarenpalmbeach.com.

RELATED: If You Had One Wish: This McLaren And Buick Collaboration Is It

The McLaren Artura Is An Automotive Art, And It's Futuristic

Oftentimes, a car’s name seems to be an afterthought. However, when it comes to a highly significant car that’s designed to truly redefine the automotive world, most companies often put great effort into its naming. McLaren has always been a company that is devoted to power, artistic delivering performance, as well as looking towards the future, while changing its approach to design and implementation. This is why its new car is called the "Artura." According to popular YouTuber Tim Burton widely known as Shmee150, the Artura name was coined from "art" and "future," and it’s truly the perfect way to describe this car, since it's an automotive art that is leading a move into the future. It’s a classic McLaren, but built using the company's brand-new technology.

The name is also important when the future of the automotive industry is looked at as a whole, since electric cars are the future. This does not mean we foresee an immediate future where traditional motors are eliminated, but the time will come when there are significantly fewer traditional options and many more electric cars as more companies and car enthusiasts alike are realizing the positive impact of electric cars, even without sacrificing power.

The 2022 McLaren Artura is a real winner in every sense of the word. It does everything a supercar is designed to do, but it does it as only a McLaren can.

Barnell Anderson is a writer from Louisiana, USA with a real passion for cars and motorcycles. His biggest areas of expertise are car history and concept cars. Barnell's favorite car is the Ford Mustang. He also wants to one day own a Tesla!

Why Concorde Will Always Be An Aviation Icon

A Detailed Look At The 1974 Ford Torino

This Is Our Kind Of Meet-Cute: A Nissan, A Lamborghini, And A BMW

The Most Incredible Car We Found In El Chapo’s Collection