A cursory search of "the best hot hatches of all-time" brings up numerous articles; all featuring the same redundant vehicles. The Volkswagen GTI, Ford Escort RS, and Mini Cooper gracing just about every single list. There is one '80s cult classic that has slipped through the cracks. The Renault 5 GT Turbo.

In a segment that features some of the greatest cars of all time, becoming an iconic hot hatchback was no small feat. With seemingly every automaker tuning their lightest, most economical hatches, the "slow car, driven fast" experience had quickly become one of car culture's greatest additions. The low, entry-level pricing allowed a new generation of gearheads to experience all the engineering their favorite marques had to offer, at a fraction of the cost of their sports car peers.

Renault, known as the first carmaker to mass-produce the world's first hatchback, had already seen immense success with the public, and in motorsport with their Renault 5 Turbo. But after a redesign for their second-generation saw the engine shift from behind the driver, to the front, the car had lost its soul. More importantly, the mid-engine layout was the one characteristic that set it apart from the rest of the segment. Making it difficult to spend thousands of dollars on a less reliable, and more expensive Golf GTI.

This is why the Renault 5 GT Turbo is one of the greatest hot hatchbacks the world forgot. 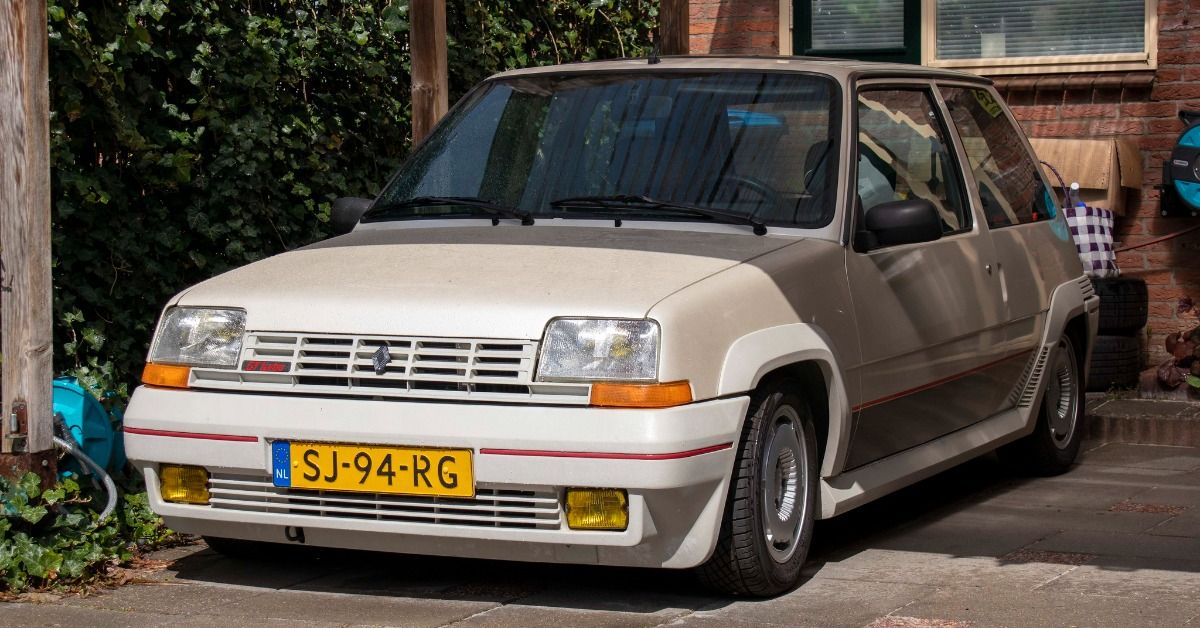 In February 1985, four months after the debut of the second generation R5, Renault released the GT Turbo. Designed as the performance version of the economy car, The GT Turbo had big shoes to fill.

Using a modified version of Renaults Cleón engine, the 1.4L turbocharged engine featured the legendary pushrod valvetrain Renault had been known for since its introduction in 1962. Utilizing an oil-cooled Garrett T2 turbo, the absurdly light hatchback was capable of producing a very respectable 113 brake horsepower. Clocking in a hair over 1,800 pounds, the GT Turbo carried a power-to-weight ratio of 146 horsepower per ton. Placing it well above just about every legendary hot hatch (and some sports cars) ever produced.

The GT Turbo would fall victim to some drawbacks during its Phase I version, however. Crippled by turbo lag, the tiny car with unpredictable power was often seen as difficult to control. The GT Turbo would also battle hot start issues, as a result of its air-cooled turbocharger. Phase II, introduced in 1987, would see an updated water-cooled turbo to remedy all hot-start issues, inevitably raising the power to 120 brake horsepower. A new ignition system would also allow the Phase II to rev 500 RPM higher

The GT Turbo would ultimately receive updates to its exterior and interior design, before being discontinued in 1990 to make way for the all-new Clio.

Related: The Best And Worst Hot Hatches Ever Made 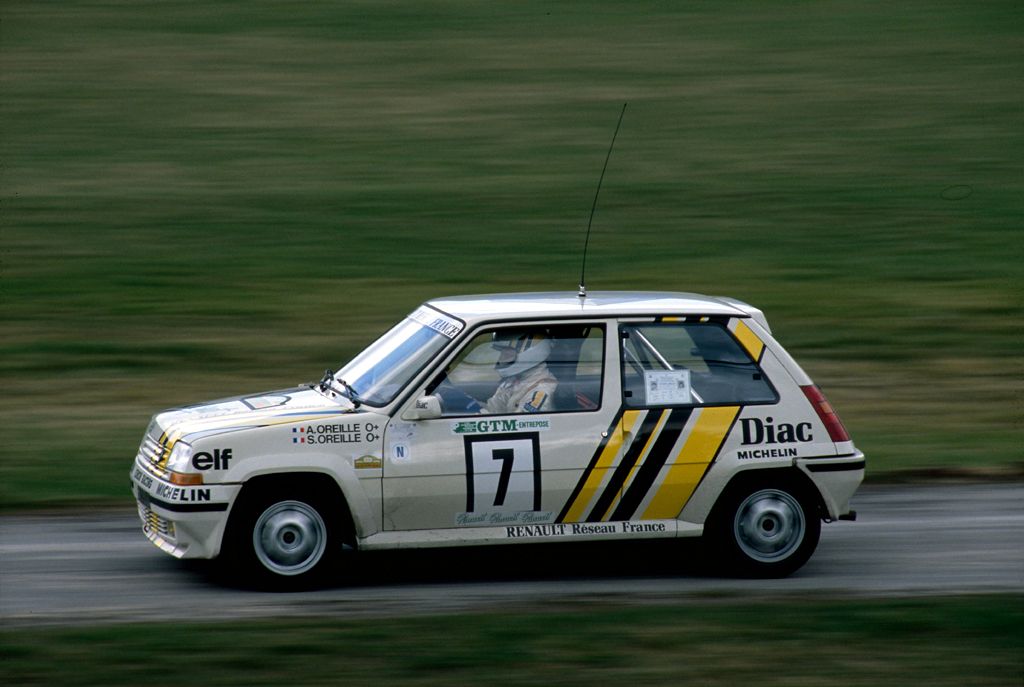 Since the late '50s, Renault has seen plenty of success in rally events. The success continued for several years, and it can be attributed to the car's lightweight chassis, superb handling, and consistent power distribution.

With Alpine (a subsidiary of Renault) claiming the inaugural World Rally Championship in 1973, Renault remained a fierce competitor, with a handful of victories and podium finishes before retiring from rally in 1994. The GT Turbo, specifically, lives in rallying folklore as the only Group N car to claim an overall victory in WRC, at the Rallye Côte d'Ivoire in 1989. A feat that remains intact to this day.

With its French countryman, Alain Oreille at the helm, the plucky hatchback achieved major success wining back-to-back Group N championships in 1989 and 1990, coinciding with his back-to-back victories in the FIA Cup of Drivers Of Production Cars in the same two-year span.

Unfortunately, its success in rallying would not translate to increased popularity or enhanced sales figures. Being campaigned in an already crowded segment (one that included its legendary, mid-engined older brother, the Renault 5 Turbo), it is no surprise why the GT Turbo has fallen through the cracks as it relates to classic hot hatchbacks. Considered the golden era of hot hatchbacks, the mid-80s had no shortage of liftback fun, making the GT Turbo a tough choice given the other choices.

Lighter, and pound for pound more powerful than the majority of its class, the Renault just didn't have the cool factor that its contemporaries possessed. Featuring a rather subdued styling, designed by none other than industry legend, Marcello Gandini, the R5 GT Turbo retained too much of its econobox DNA.

Although it had a modest MSRP of about $10,000, it was hard to justify not spending an extra few hundred bucks for the likes of a MK2 Golf GTI.

Picture this: it's 1987, your jackets have shoulder-pads, and your jeans are acid-washed. You're on your way to the local car dealer, looking to get into a new hot hatchback to join your college friends in some light-hearted canyon-carving. Rows of now iconic cars stretch back as far as the eye can see. To the right, a Ford Sierra RS Cosworth, followed by a Peugeot 205 GTi. To the left, an AE86 Sprinter Trueno, sits next to a Lancia Delta HF 4WD. Would you have even noticed a Renault? Chances are, you'll probably not.

Ferrari Red Books: What They Are And Why They're Valuable

Harley-Davidson Fat Bob Vs Fat Boy: These Are The Main Differences

Evolution Of The Mazda MX-5 Miata