Every so often car builders impart a radical new design, causing die hard enthusiasts to cry foul, and claim it's the end of their favorite marque, as they know it. For Jeep, that day came in 2006, after the announcement that the Jeep lineup would no longer feature an inline-six engine.

Dating back to the days when AMC first introduced their straight-six engine in the late '50s, Jeep featured at least one variation. So upon announcement that the main source of power would come from a V6, fans began descending into a frenzy.

Thankfully, after 16 long years, Jeep enthusiasts no longer have to worry about that.

According to a forum post by Robert S. Miller, editor of moparinsiders.com, Stellantis will debut its all-new turbocharged 3.0-liter inline-six engine, later this month. Known internally as the “GME-T6”, the motor will debut at the New York International Auto Show.

The Latest Rendition Of A Legend: The GME-T6 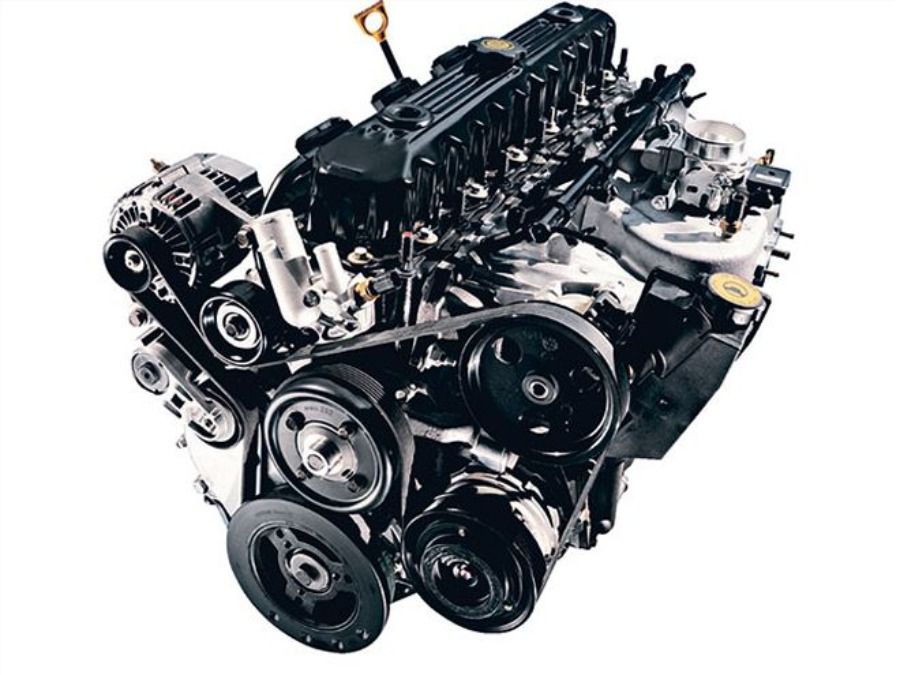 The latest addition to the GME line of motors that Stellantis features, the T6 marks the return of the first six-cylinder engine since Jeep discontinued its legendary 4.0-liter AMC engine in 2006.

Sources close to Miller have expressed that Stellantis plans to offer three variants of the GME-T6 that will see utilization across a range of their brands.

The first, set to be a part of the Wagoneer lineup, will be its high-output (H.O.) option.

Thanks to some slick photography by the guys at Mopar Insiders, they were able to see versions of the H.O. models testing on public roads in the Detroit area. The photos don't reveal many differences from its Hemi-powered siblings, other than the obvious dual-exhaust, and a necessity for premium fuel, according to decals placed on the car.

Related: Why The Jeep Cherokee XJ Is A Favorite For Tackling Off-Road Trails

What A Inline-Six Engine Means For Jeep

Stellantis' unveiling of the GME-T6 could prove to be one of the best decisions for the conglomerate, since their inception in 2021.

Known for their plucky inline-four, or massive Hemi V8 engines, Stellantis brands have been missing an inline-six variation for years. Not only does the GME-T6 allow Jeep and Ram to become more fuel-efficient among rising gas prices, but brands like Abarth, Alfa, and Maserati to build new performance cars around the turbocharged 3.0-liter engine.

Related: V6 Vs I6: Which Is The Better Option?

The automotive industry's shift from large displacement engines has allowed engineers to build smaller engines that achieve better performance and efficiency, as a result of their forced induction alterations. The GME-T6 is Stellantis' way of showing their fans (and investors), they too can build a capable powertrain that can rival the rest of the industry.

Filed as a patent in 2019 and dubbed as the successor to Stellantis' larger displacement engines, the GME-T6 begs the question, does this mean the end for the Hemi V8?

Why Concorde Will Always Be An Aviation Icon

This Is What A Buick Grand National Could Look Like Today

Ferrari Red Books: What They Are And Why They're Valuable

The Evolution Of The Ford Super Duty

Here’s Why Stellantis Is The King Of Modern Muscle Cars

The Incredible Evolution Of The Nissan Navara

Why We Love The Lagonda Taraf: The World’s Most Expensive Saloon

Someone Rebuilt The World's Longest Car