In a drama that rivals Leo and the Titanic, the ongoing saga of the Felicity Ace is sure to tug at the heartstrings of car enthusiasts everywhere. Carrying thousands of cars, Volkswagen estimates the value of the burning cargo ship to be over $400 million.

Tuesday Morning, the operatives of the Felicity Ace reported the ship has suffered a list to the starboard side, ultimately sinking the vessel after its two-week-long battle with a fire, further exacerbated by EV batteries.

Sunken Treasure Now Available Off The Coast Of Portugal 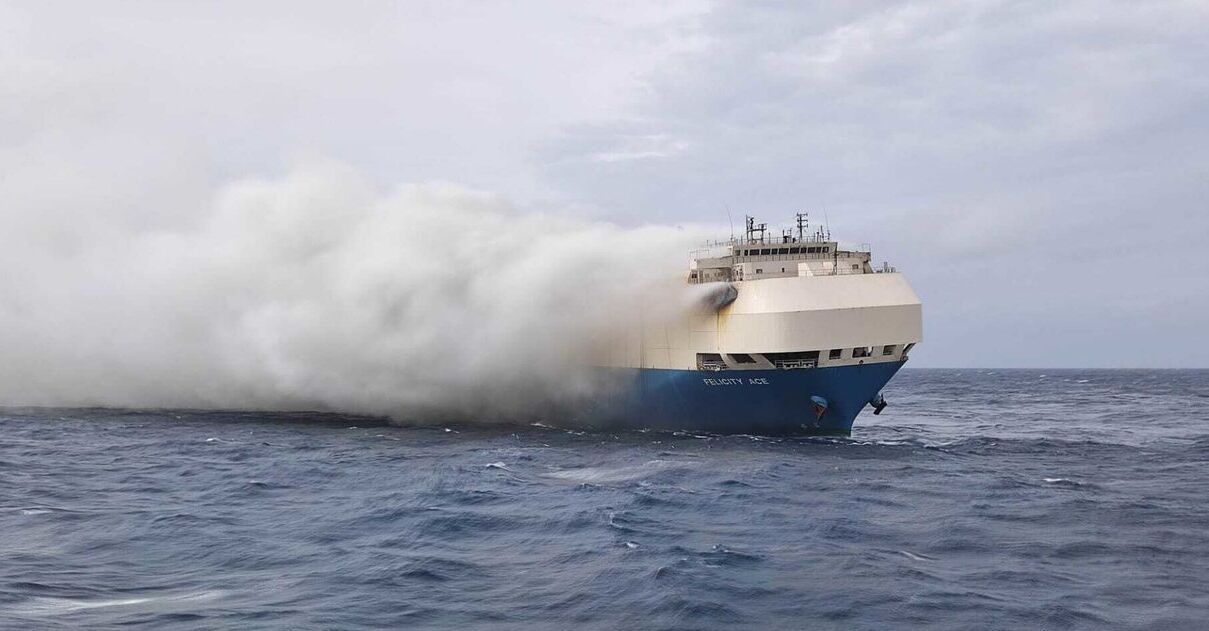 The demise of the Felicity Ace comes as a shock to Volkswagen and consumers alike, after reports of the stabilization of the vessel and boarding of the salvage crew. The very same report also mentions the crew had secured a tow-line for the ship and was en route to the safe zone, off the coast of the Azores, Portugal.

According to reports from Bloomberg, the crew had been fighting harsh conditions as they made their way back to the Portuguese Exclusive Economic Zone before the ship sank roughly 250 miles from the coast. With a reported depth of 3,000 meters, it's safe to say this will be the final resting place for the Felicity, as the maximum depth a naval submarine can submerge is around 900 meters.

The Portuguese Navy also reports debris in the area, and a minimal oil stain. With multiple vessels assigned to the site, the race to fight pollution begins.

Details Regarding What's Aboard The Ship

With reports surfacing as early as February 16, the cargo ship, headed for Rhode Island, inexplicably caught fire some time after departing from Emden, Germany. The report of the ship's demise comes just days after Volkswagen confirmed to its car buyers the extent of the damage.

Totaling nearly 4,000 cars, VW stated that 1,100 Porsches, 189 Bentleys, and an unspecified number of Audi, Volkswagen, and Lamborghini models are in the wreckage. In addition to losing the highly sought after ID.4 EVs, the sinking of the Felicity Ace could also mean the last of the V12 Aventador are now at the bottom of the ocean.

Volkswagen also confirmed that the company plans to prioritize replacements, supplying their customers with the newer 2022 model year of their previously ordered car. Adding insult to injury, VW estimates the incident will cost the company over $150 million.

Daily Driver: This Proves That A Ferrari Hypercar Is Meant To Be Driven